Through God’s Grace, we save babies’ lives and shelter their young mothers, while providing education and ongoing compassionate support services, including our Pregnancy Sonogram Center. We further educate young people to make healthy life choices. 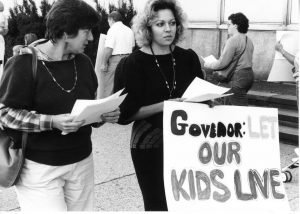 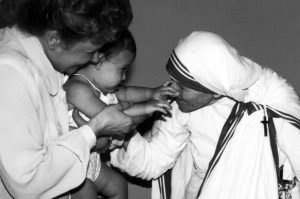 Peace was difficult to find in 1984 when, after having housed young pregnant women free of charge in her own home, Kathy was fined $10,000 by the State of New Jersey for running an illegal boarding house. State Senator Gerald Cardinale sponsored a bill which was passed unanimously by the NJ senate and assembly exempting non-profit groups from the legislation.  Her story appeared nationwide in newspapers and on numerous television news programs. Governor Kean’s Press Secretary received a call from a White House Official, “They wanted to let us know that they were going to publicly support her.”  The David and Goliath story continued as Governor Kean informed Kathy that he was going to veto the bill.  When final approval seemed impossible, Kathy was inspired to contact Mother Teresa of Calcutta. The Nobel Peace Prize Winner happened to be in New York to accept an award at the United Nations. Mother Teresa wrote a letter of support, which convinced the Governor to change his mind. The fine was removed and Kathy’s work became legal. 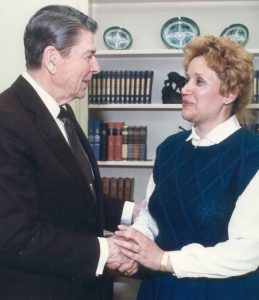 Over the years Kathy and the work of Several Sources has received many honors. Most memorable was in 1988 when President Ronald Reagan invited her to the White House. There as he spoke about God’s innocent preborn children, he explained that he thought the Constitution reflected that “These children are already human beings and are entitled to life, liberty and a pursuit of happiness.”  Kathy responded with “You are doing what our founding fathers did.  You are bringing us back to God’s values… and we thank you for that.” In a letter, which followed her visit he wrote, “Thank you so very much for the framed photographs of some of the ‘Several Sources’ Children. I truly appreciate having this touching reminder of the inestimable value of human life. It’s a perfect keepsake of the wonderful work that you and your fellow volunteers devote to the right to life movement. Again thank you and may God bless you. Sincerely, Ronald Reagan.” 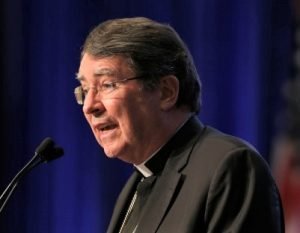 One of our most treasured blessings is when Archbishop Christophe Pierre, Apostolic Nuncio – United States of America, wrote on December 29, 2017, “Dear Ms. DiFiore, I wish to thank you for your kind letter of December 22, 2017 and to acknowledge receipt of the movie Gimme Shelter and the book Gimme Love… Gimme Hope… Gimme Shelter.  The letters of the young mothers which you included are a testimonial to the power of God at work in you and those involved with Several Sources Shelters.” Kathy soon found out that she wasn’t the only one worrying about teen mothers. After hearing about her struggles, a CPA and lawyer, Richard Ryan, took up her cause and offered his N.J. Shore Summer home so she could take in more mothers. Mr. Ryan became Treasurer of Several Sources and decided to sell his house in Sea Isle City and in 1989 he donated the proceeds as a down payment for a second home in Ramsey, NJ. In 1990 Msgr. Thomas McCarthy and the parishioners of Our Lady of Good Counsel Parish in Washington Township, NJ offered their Convent at no cost as the Several Sources’ third shelter. Then in 1994 the Rainis Family of Mendham, NJ donated a home in loving memory and honor of their parents.

Our Gift of Hope Sonogram Center

Since the Gift of Hope Sonogram Center in Englewood, NJ was launched during the 2013 “40 Days of Prayer” more than 2,200 babies lives have been saved.  Several Sources provides counseling and free sonograms directly across the street from one of the oldest abortion clinics in the country. Several Sources helps women and families find needed medical coverage and introduces them to all of their free services with the hopes that they will choose life for their preborn babies. 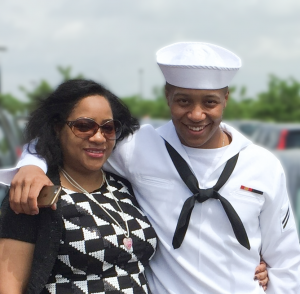 Mothers who leave our shelters often need help in the future.  Our Special Families Program at Several Sources makes a commitment to the women who choose life for their pre-born child to help them until their child celebrates their 19th birthday.  There are times that some of our families have little ones who are sick and need extra attention.  Many of these families live in the New Jersey cities of East Orange, Irvington, Newark, Paterson and Trenton, cities well known for families who struggle with high poverty levels.   Over the years, the need for this kind of funding has only grown, as income levels have not risen to meet higher costs of basic needs. 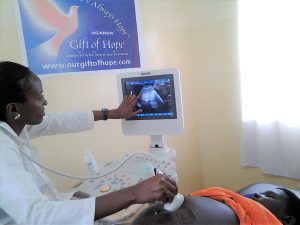 We have been asked to give our experience, knowledge and assistance to other fledgling baby savers.  Their dedication and hard work are now saving babies in other parts of the world such as the Gift Of Hope Centers in Uganda and Ukraine where young mothers are encouraged to raise their babies in a healthy way, both mentally and physically.  Through the help from Several Sources Shelters these two successful baby saving operations that have saved more than 700 babies since 2011.

In June of 1999 Several Sources Shelters became a Non Governmental Organization (NGO) of the United Nations with Special Status. In partnership with the United Nations Women’s Guild, Several Sources has helped needy children throughout the world including one of our benefactors sponsoring a trip to Washington, D.C. for 8 children who suffered from radioactive contamination resulting from the Chernobyl Nuclear accident.  Most recently the United Nations Women’s Guild sponsored a multi faceted coat drive and collected over 5 new winter coats for the homeless women of Several Sources Shelter daytime shelter entitled “Ladies Rest,” which parentally closed in 2020. 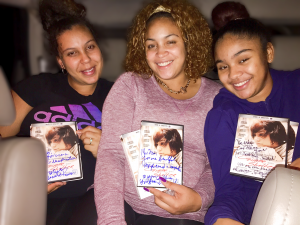 In 2014, the film Gimme Shelter was produced and released in movie theaters to worldwide audiences. The film was based on the story of one of our pregnant teens (played by Vanessa Hudgens) turned away by her father (played by Brendan Fraiser) because of her decision to have her child.  The film portrays her courageously seeking shelter as she struggles to survive.  A shelter where she bonds with a diverse group of teen age girls and a house mother (the Kathy DiFiore character played by Anne Dowd) dedicated to helping them all.  Ronald Krauss directed, produced and wrote Gimme Shelter, which was shown in 55 countries including China, Japan, India, Poland, and through out South America and was screened at the United Nations on September 11, 2014.

Several Sources Shelters is a 501(c) 3 Non Profit I.R.S. recognized charity.  Our entire effort is sustained solely by private donations.  Our funds are raised through free will offerings at churches, mailings, charity golf outings, dinners and raffles to mutual friends and family members and by other outside organizations sponsoring fund raisers to support our charitable work. Every day is a struggle. Several Sources continues to need the support of many kind benefactors and advocates to survive and grow. Each day we have to raise over $6,500 to just maintain our current work. We pray this small summary might inspire you to support us in our efforts to help many more of God’s children in need. Click here to donate now.